Originally from Birmingham, Tanya studied in Cambridge, London and Paris before embarking on a freelance career based in the UK and Ireland.

She enjoys playing for a wide range of ensembles from symphony orchestras to chamber groups, playing solo and accompanying soloists and choirs. She has worked with orchestras throughout the UK and Ireland, and as a choral accompanist she has worked with conductors including John Rutter, Bob Chilcott, David Hill and Graham Ross, with whom she has appeared live on BBC Radio 3’s ‘In tune’ programme. She features on the CD ‘A rose in the middle of winter’ in which she accompanies Commotio choir in music by Bob Chilcott: this reached the top of the classical charts.

Aside from playing, Tanya works as an examiner and competition adjudicator. She is a qualified music teacher, and also a singer: she directs and sings in Melisma, the Belfast-based 8-voice choir. In 2015 she was elected an Associate of the Royal Academy of Music. 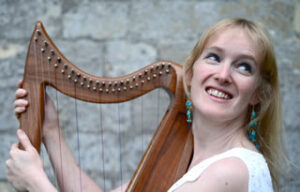