The British Music Society was established in London in 1918 as a national organisation by Dr Arthur Eaglefield Hull (1876–1928), its honorary director for the first three years.

So soon after the First World War, its stated aims were understandable: to encourage ‘British interpretative artists, both vocal and instrumental’, and to ‘assist performances of British music’. Founding members included conductor Henry Wood and composers Stanford and Bantock.

A Belfast branch of the Society, formed in 1919 with Richmond Noble as its president and Dr George Fitzsimons as honorary secretary, held its first public meeting on 25 October 1921 by which time the branch had already grown from 20 to 92 members. An annual subscription of a guinea or a half guinea entitled members to attend the meetings and invite a guest.

It all began rather earnestly with more talks than music-making, including lectures on Tudor church music, madrigals and William Byrd by the best experts: E.H. Fellowes from St George’s Chapel, Windsor, and Sir Richard Terry from Westminster Cathedral. Some space was found, during or after lectures, for live music performed by locally based musicians.

And there were visiting performers. The Belfast Telegraph’s ‘Rathcol’ (W.B. Reynolds) was enthused in December 1924 by the second, much-lauded visit from Manchester-based pianist Lucy Pierce, a pupil of Busoni. She ‘has all the technique of the “star” with far more than the “star’s” brains or taste’.

The BMS network itself was a great help in sourcing musicians during these early years, particularly through the thriving Liverpool BMS branch. These included the Liverpool Pleasure Singers, the McCullagh String Quartet, described by the Northern Whig as a ‘Liverpool combination’, and Olga Law (violin) and Eileen Parker (piano), members of the Liverpool branch, replacing at short notice ‘an instrumental quartette … unable to be present’.

Other visitors in the early years included a student string quartet from the Royal Academy of Music; the young John Barbirolli, who gave a cello recital with his accompanist Ethel Bartlett; the Pirani Trio; and Scriabin expert Edward Mitchell, who gave a lecture/recital on ‘international modern piano music’ (international that is, except for Germany, where he said there was ‘not much doing’ today).

Even better, with its promise of things to come, in March 1925 there was an evening for Young Musicians which, according to the Northern Whig, ‘left an impression of a high standard of technical accomplishment’.

Then, as across the years ever since, there were occasional vicissitudes. Lucy Pierce was a disappointing no-show for her next concert, thanks to ‘fog in the channel’. Pianist Harriet Cohen cried off because of illness, though she was replaced by the excellent Rae Robertson. Ethel Bartlett (coincidently the other ‘half’ of the renowned two-piano team of Bartlett and Robertson) played her 1927 solo piano recital from memory. Just as well. The lights failed and most of the recital was given by candlelight.

Writing about the branch’s AGM in 1927, the Belfast News-Letter reported that ‘the Society has reached its high-water mark, the BMS having become an important centre of musical activity in Belfast’. Only true in part. The water levels still had a fair way to rise!

The Belfast BMS joined the Committee of the Northern Area of the BMS, hoping to cooperate with the North of England centres, particularly to persuade artists to include Belfast in their itinerary. There was a regular platform in Belfast for locally based musicians, usually singers, for it was difficult to find local chamber music ensembles – like the Winifred Burnett String Quartet (1929) and the Carrodus Taylor String Quartet (1941).

Music by Haydn, Mozart and Beethoven was popular, but there was an increasing enthusiasm for Brahms, now said to be ‘coming into his own at a time that sees some loss of faith in “expressionism” in music’ (Northern Whig). Another often-featured composer was Arnold Bax, ‘the only English composer of the decade whose later achievements have not belied his early promise’ (Northern Whig again).

In September 1928, the BMS founder, Dr Eaglefield Hull, fell off the platform in Huddersfield Station. He lay still between the rails as a train passed over him and he survived with a fractured thigh and severe shock. Unfortunately, the accident exacerbated a heart problem and he died in early November.

At the 1929 AGM it was decided that ‘no new member shall be admitted to the branch under a fee of one guinea’. In June 1933, the BMS parent body in London was wound up – a victim of the depression. Belfast decided that as this ‘branch has always relied upon its own financial resources, it is proposed to constitute the local Society as an independent body under the name of The British Music Society of Northern Ireland’.

Never mind the depression. Belfast concerts were well supported and the BMS decided to establish regional music clubs affiliated to the society. The scheme, in conjunction with the Rural Development Council, would reduce and share the costs for bringing artists from London. Dungannon launched in the Parochial Hall in February 1934, Coleraine in the Town Hall three weeks later, Armagh two years after that.

Success brought its own problems. By 1935, increasing audience sizes meant a change of venue from the Central Hall, Rosemary Street, to the Irish-American Hall, Donegall Square East. The talks or lectures fizzled out, there was less local input, and the society was now promoting recitals by well-known artists.

The new venue was not ideal and in March 1937 the BMS joined a committee searching for a Belfast venue to be used by many different arts organisations. That year the membership increased by 100 to 300 and the BMS began to use the Smyth Hall, Lisburn Road – ‘charmingly restful to the eye and pretty nearly perfect, I should say, for the ear’, wrote Rathcol in the Belfast Telegraph.

When war was declared in September 1939, an increasingly adventurous season, including a visit by Poulenc, had to be abandoned.

Spirits revived with the New Year. Three Saturday afternoon concerts were presented in each of the next two seasons, though Keith Falkner and Howard Ferguson’s recital had to be postponed by a few weeks due to ‘traffic disruption in England’. Never mind the black-out, these were difficult years because artists were not permitted to cross the channel.

Two years passed without subscriptions, and in 1942 there was a call for token one-shilling subscriptions to maintain contact details. Thankfully the audience was hungry for music. Suddenly things picked up. Artists came from or through Dublin, including Benno Moiseiwitsch, the Griller Quartet, Louis Kentner, Lionel Tertis. Heady times! And often they played an afternoon and an evening concert to fulfil the demand. The Great Hall in QUB was the latest venue; by the start of the 1942/43 season there were 445 BMS members. Even better, there were eight season concerts now. And so too for 1943/44.

The 1944/45 season began with Moiseiwitsch again – two concerts that day. Cross-channel restrictions were lifted but those vicissitudes remained: replacements had to be found for three concerts ‘owing to duties overseas with the RAF’ for the Blech Quartet, Denis Matthews and the Griller Quartet. Nonetheless, the BMS had survived the War, more than well-placed to face new challenges. 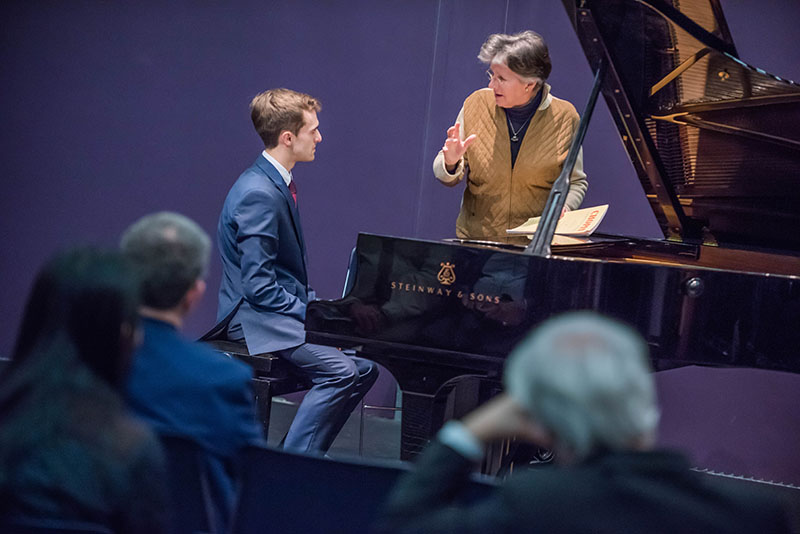 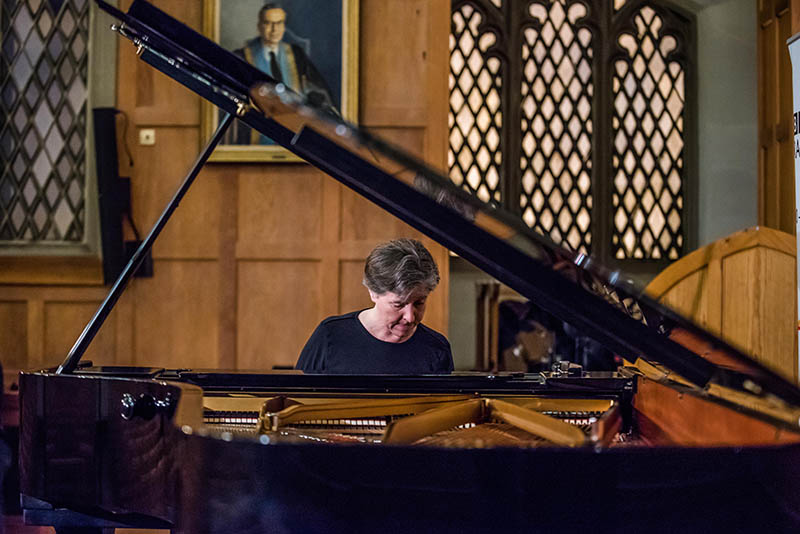 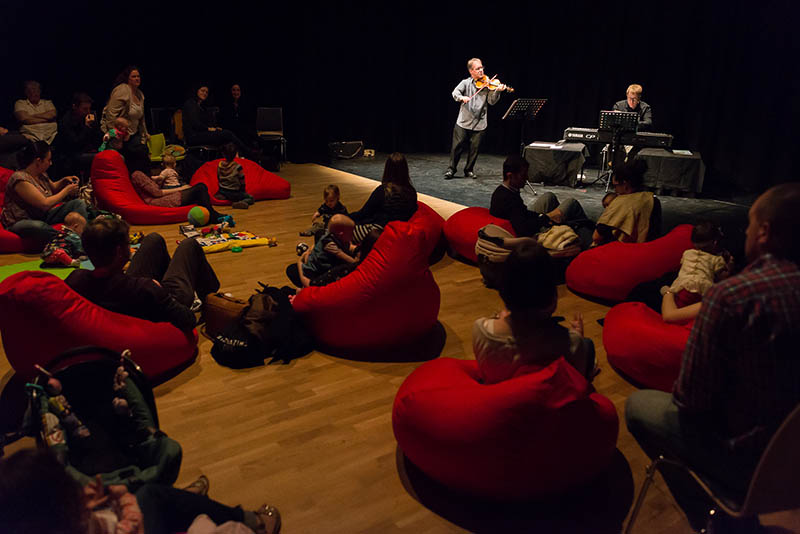 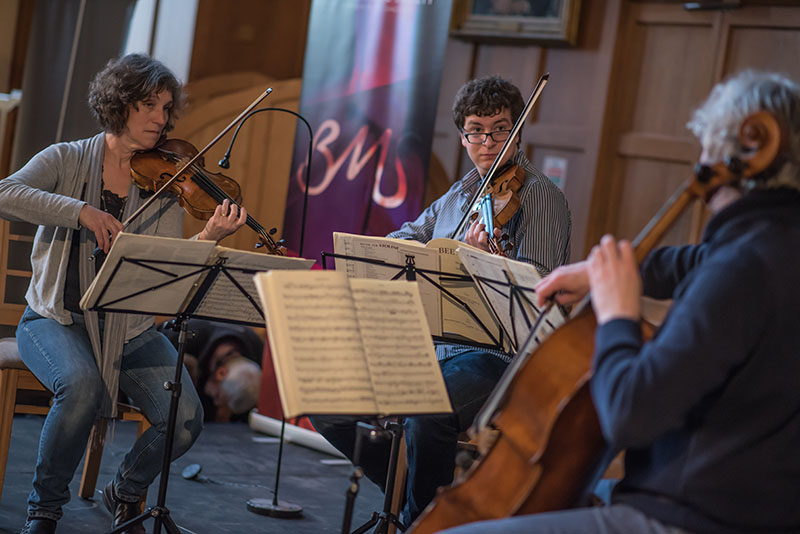