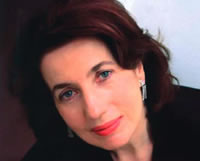 Central to this year’s Belfast Music Society International Festival and contributing over two days was the steady, reassuring presence of pianist Imogen Cooper.

The artist always guarantees a clever mix of classical repertoire and new sounds and this was typically engaging.

Haydn’s Sonata in C Hob XVI/50 and Schubert’s A Minor Sonata D845 were treated with an assured grasp and the familiar bottleneck tones at the start and finish of the programme.

Both were rewarding. But even if Cooper may pride herself on the sturdy structures of her sonata form movements it was the inner two pieces of this recital, fantasies of the emotional and celestial kind by Schumann and Thomas Ades respectively that represented the emotional heart of the evening.

Ades Traced Overhead was written for Cooper ten years ago by a young and unstoppable talent.

The piece remains strong to this day; the colours meaningful and the form-building excellently judged. But what is more impressive now is the ease that Cooper has built with the piece through long and intimate association.

Ades is privileged to have a dedicated and committed advocate who can deliver this piece with such delicacy and understanding.

But best of all were the eight pieces by Robert Schumann that make up his Opus 16, Kriesleriana. More directly emotional than anything else on the programme it also contained the most aphoristic, mysterious and compelling material.

Imogen Cooper was in her element, delivering an introspective but telling account.