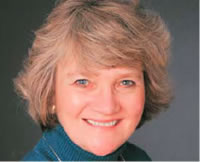 In the Tony Award winning play Master Class, the central character, Maria Callas, tells singing students that great performers don’t just stand on a stage, they own it. This seems more in line with today’s Pop Idol, Fame Academy and X-Factor programmes than with the study of classical singing.

These days, we seem to be confronted with more and more young people who look for salvation in stardom. In the process they actually bypass the tasks of learning the craft and developing skills, both artistic and personal, that make a true artist. There is no such thing as overnight success and fame does not equal achievement, as anyone who has spent more than five minutes as a performing artist would tell you.

It was more than refreshing, then, to observe the master class given on Saturday by Norma Burrowes as part of the BMS Chamber Music Weekend. As in all master classes, this was a terrific chance to see and hear singers at different stages of their studies being coached by someone with vast experience both as a performer and teacher.

Most importantly, these were singers who had already spent a great deal of time and effort on their singing, in addition to all having good voices and particular talents.

The music of Mozart was on offer, and this gave the afternoon a cohesion that worked very well indeed.

Burrrowes encouraged each singer at the level they were at, in the role each was presenting. For some, the focus was on the voice production, for others, character and stagecraft were emphasised. Most interestingly, you didn’t have to be an opera buff or even particularly keen on singers or singing to appreciate the day.

There was a pleasing element of theatre in the performances, and a little thrill of recognition each time a singer made a genuine difference in their approach to a phrase or gesture. The way in which each student responded to their coaching spoke volumes about their personalities too, and gave a glimpse of the artist within.

This is where there is some interface between what singers in a master class and pop wannabes have to do. The non-musical, non-technical part of their efforts comes into play when the comfort zone is breached and some aspect of the performance scrutinised. The difference between one singer and another is how graciously and effectively they take on board what it is they are being asked to do.

Saturday’s students demonstrated this flexibility to varying degrees. Still, the element of training, so absent in the quick fix stardom offered on the television these days, is what sets most classical singers apart. Even as they hit impossibly high notes or portray great villains or heroines, their feet are firmly on the ground. Their careers involve years of study and hard work, with performances as the milestones by which we in the audience measure their progress. Norma Burrowes, in her summing up of the afternoon’s work touched on this, urging all of us to play our part in nurturing the musical careers of all young singers. After giving the participants in the master class her best musical advice all afternoon, her most important advice was to the audience. She told us to go to the performances of young singers, to support them and the productions they’re involved in. it seems a simple thing, but one which can make all the difference. Our lives are full of distractions and a million reasons to stay in and not make the effort, but that difference is there for us to make.