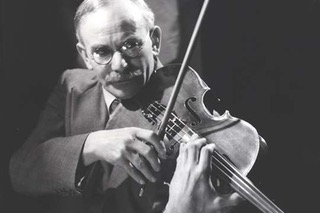 Rathcol underlined that Tertis was ‘the greatest living viola player, the greatest ever, it is safe to say. … now in his 68th year, Mr Tertis is playing as brilliantly and with as fine art as ever – perhaps even more so than a year ago.’

All of which then allowed Rathcol to chide Tertis for not playing original repertoire by the likes of Hindemith, Benjamin Dale and Ernest Walker. However, he had played the John Ireland Sonata, ‘a fine thing, one of its composer’s most inspired and inspiring works’.

Next article
Go to Top
We use cookies on our website to give you the most relevant experience by remembering your preferences and repeat visits. By clicking “Accept All”, you consent to the use of ALL the cookies. However, you may visit "Cookie Settings" to provide a controlled consent.
Cookie SettingsAccept All
Manage consent